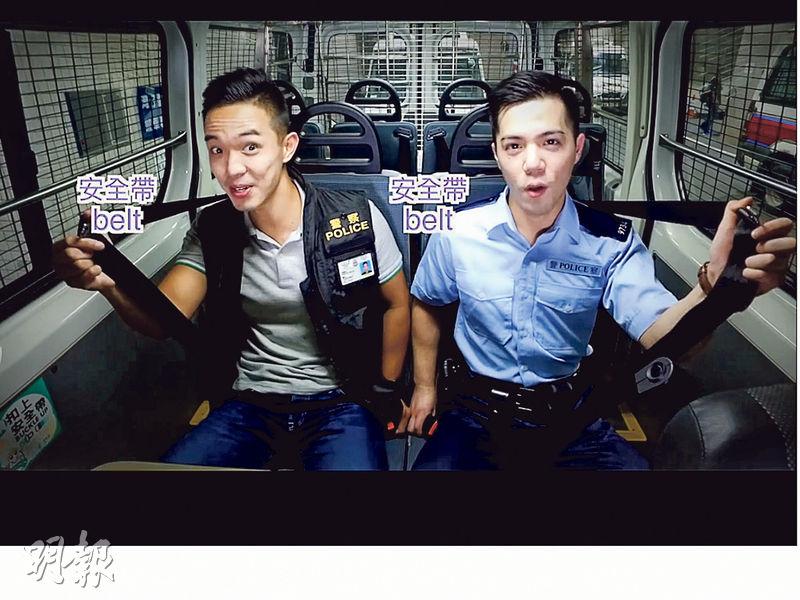 The “Pen-Pineapple-Apple-Pen” (PPAP) song, originated from a Japanese comedian, has gone viral all over the world in just a few days after its release. PPAP has attracted numerous netizens to make second creation derivative covers and parodies on the internet. At the same time, the Hong Kong Police also noticed such a hit, and produced a similar video to promote road safety. It has attracted both online and offline attention, with polarized reactions of “likes” and “dislikes” from the public.

In the video, two police officers (dressed up as policemen) are doing dance moves similar to the original PPAP song. The lyrics are modified to echo the importance to road safety, “I have a belt, I have a buckle….. Ah! car seat belt”.

The Hong Kong Police commented that the video was uploaded on Facebook three days after the release of PPAP song, which successfully arouse attentions in a short period of time, including media coverage by Apple Daily, Mingpao and SCMP. It is also a rather low-cost production that features young and good-looking police officers, with famous local actor Louis Cheung Kai Chung’s brother as one of the casts.

Netizens who liked the video praised the creativity of Hong Kong Police for their promotion of road safety. They never thought that the police officers could be that cute and funny which overturns the traditional stern and serious image of the police force.

Netizens who dislike the video thinks that it is damaging the image of the law enforcement authority of the city, being childish and a bit of nonsense. In addition, the video also quickly becomes a topic of controversy due to its date of release. It is uploaded on 28th September—the day when the Hong Kong police used excessive force to disperse the crowd in Admiralty during the Umbrella Movement two years ago, which is still remembered by most of the Hong Kong people.

Besides, there are several other negative publicity stories related to the Hong Kong police force around the time the video was uploaded. One of which being a police officer shooting the monkeys randomly and denied his action in court [1]. Some netizens sarcastically pointed out that the Hong Kong Police should be glad that the copyright bill amendment (“Internet Article 23”) didn’t pass in 2014, which allows them to produce this kind of internet second creation. Some netizens even changed the lyrics into “I have a gun, I have a baton ”, so as to mock the Hong Kong Police for another early incident of assault related to police superintendent Franklin Chu King Wai back in November 2014. It is perhaps not a wise move to upload such a light-hearted second creation video at this particular point of time, just to avoid controversy.

From the reactions on the internet, there seems to be a split of perception to the image of Hong Kong Police into the “likes” and “dislikes” camps. Apparently, the views of the general public towards Hong Kong Police have become more polarized due to the controversy triggered by this supposed-to-be well-intended promotion video.