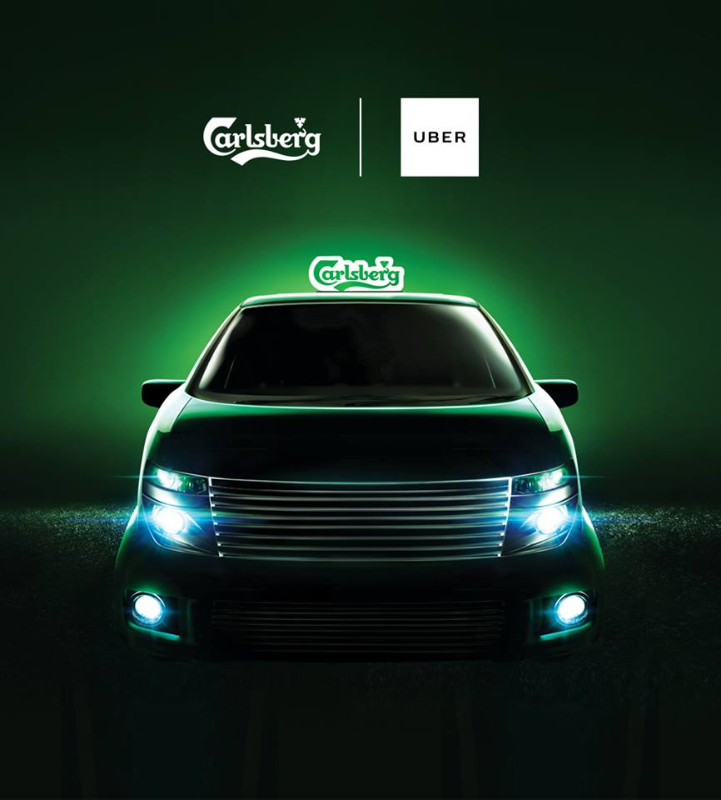 On September 13, Carlsberg HK launched a video “If Carlsberg did Taxi Service…”on its Facebook page and gathered over 500,000 views, 2000 shared and nearly 6000 likes.

The company stated, “Whatever Carlsberg strives to do, we do it better. What would the best taxi rides in the world probably be like? The answer probably lies within the video.” It is another campaign launched in Hong Kong after Carlsberg x Izzue fitting room (https://www.facebook.com/pages/Carlsberg-X-izzue-Fitting-Room/1713556512254617).

Before the “If Carlsberg did taxi service” campaign, Carlsberg has launched Carlsberg x Izzue campaign. Though creative, the campaign did not generate much connection with Hong Kong consumers’ everyday life and culture. In contrast, the shooting and production of the latest “IfCarlsbergDid” campaign are all done in Hong Kong. At the beginning of the video, there are a lot of familiar scenarios describing the unsatisfying taxi service experiences in Hong Kong. When a Carlsberg taxi pulls over, Carlsberg creates what a lot of Hong Kong consumers may have dreamed for. This video has successfully attracted the attention of Hong Kong consumers and a lot of buzz and sentiments are generated in the social media Some Facebook fans even commented on Carlsberg’s fans page to ask whether they can actually take a ride. The marketing team of Carlsberg then ask them to enjoy their beer instead. In addition, Carlsberg has cooperated with Uber, which is a preferred paid-ride alternative of taxi in Hong Kong, to provide discount for the consumers who drink Carlsberg.

Carlsberg may increase brand awareness but not brand reputation

The “IfCarlsbergDid” campaign is actually an indirect way to increase the brand reputation. According to the book “What Great Brands Do” [1] , brand reputation is built up by what you do but not what you say you are. Carlsberg tells the world that its beer is probably the best beer in the world. The company may need to work a bit harder to support what it claims? In the case of “If Carlsberg did taxi service”, the campaign resonates with Hong Kong consumers by telling a story they fantasize for——-the ultimate taxi service. Nonetheless, consumers can hardly experience the real deal of such superior taxi service. Instead, what consumers could experience is just the beer itself. While taste is a very subjective thing, it is up to beer drinkers to decide whether they buy-in “the best beer” claim of Carlsberg.