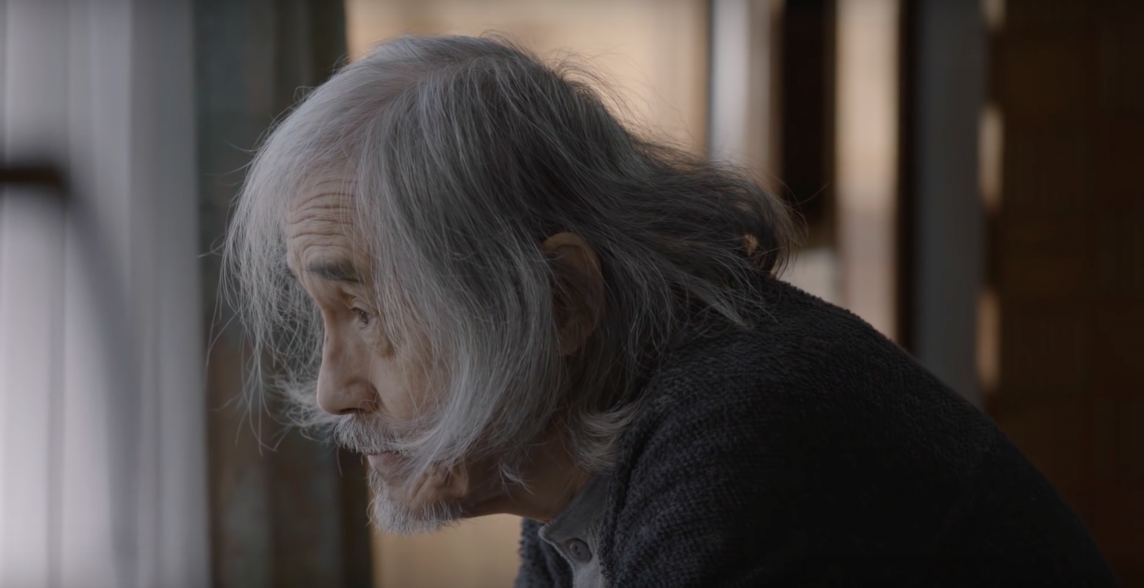 Japanese Ad: 18-year-old Grandpa with a beautiful and deep twist

This story clip about a young woman and an elderly probably does not end with what you think. The pair sits and starts a conversation about the elderly’s health. Despite the little natural wrinkles and a crooked back, the elderly sounds mystical. The story takes quite an astonishing turn when they start recalling the time they first met, 18 years ago. The old man recalls his random fights and insincerely apologizes for being selfish. As the dialogue goes on, the man slowly leans on the woman’s lap and licks his chops, turns out he is a portrayal of an 18 year-old cat in human form.

Titled “The 18-year-old Grandpa”, Whiskas intends to sell their pet food as a healthy option for old cats. The story twist is creative, the idea that personifies cat as an old man is of high originality, which no doubt leaves a deep impression to pets owning consumers. The old man captures the essences of a cat when he leans on her lap and licks his chops. “Old” and “cat” stay in consumers’ head vividly for sure. Whiskas had a big success on their first step already.

Whiskas brand has been around since 1936 (also known as Kal Kan), prides itself as the authority in kitten care. Through this advertisement, Whiskas is delivering a brand promise of “Whiskas cherishes cats like family”. Japan is a country where people have the longest average lives. In the last frame of the ad, it is revealed that Japan is also a country where cats have longest lives. When delving into the consumer insights of why people source quality pet food for cats and why pet owners are treating cats so good, the answer is clear, Japanese treats cats as their family members. When the woman forgives the old man for constantly causing troubles and wishes the old man could accompany her for a long time, Whiskas echoes the consumer promise of cherishing cats like family. People will remember Whiskas as a brand that respects cats, and thus solicit consumer support.

Resonate on the issue of aging

The 90-second story is also implicating the aging/elderly issue behind the story. It reminds people of the elderlies beside them. Elderlies resemble cats, they may sometimes be naive or self-centered, but they are just asking for love and care. We keep them company, talk to them, make them laugh, and cherish them, because we never know when the time would come for their untimely demise. If consumers are reminded of the elderlies beside them, they will be inspired and get the warm message. Brand image and loyalty will be strengthened.

The advertisement is simple, beautiful and impressive. One suggestion to the execution, if I may voice out, is the old man’s over delighted attitude. It would perhaps be even more thought-provoking if the man holds a more grumpy face and demands for better treatments, adding some mockingly realistic sentiment to this great piece of work.