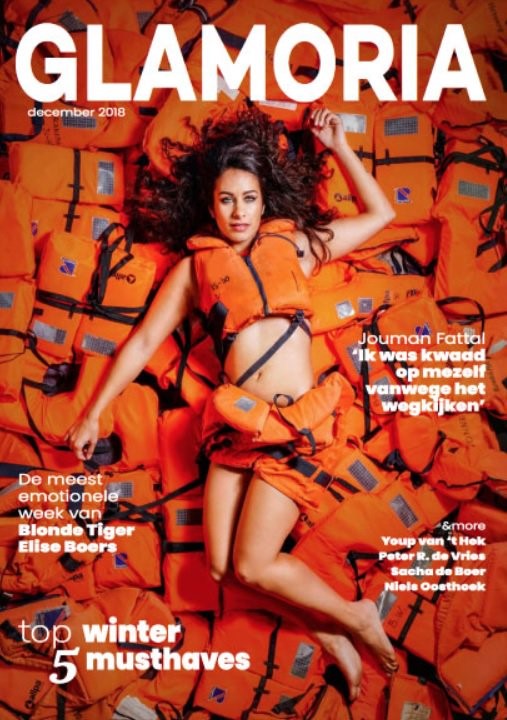 As an internationally renowned NGO with branches in over 50 countries, Amnesty International aims to let every person enjoy all human rights enshrined in the Universal Declaration of Human Rights. However, in 2018, Amnesty International Netherlands faced criticism after they produced a magazine that was designed to highlight the refugee crisis on the Greek Islands. In 2018, a 36-page magazine called Glamoria was published. to shed light on the plight of refugees living in camps on the Greek Islands. On the cover, Dutch actress Jouman Fattal was wearing a couple of strategically placed orange lifejackets, which refugees used when traveling by boat. The actress was also wearing makeup and her midriff was exposed.

The organization soon received plentiful of criticism on how they promote the refugee crisis. Netizens, socialists and even ex-refugees criticized Amnesty International Netherlands to be disrespectful to both females and the refugees. It soon became a PR crisis as the issue was widely discussed on social media and people were really upset about it. The organization had to make an official apology to settle the incident.

One of the reasons leading to people’s anger was the disrespectful message towards the refugees. The refugee crisis was one of the biggest challenges Greece had faced. Refugees came from the Middle East and Africa to seek asylum in the European Union. It was a very serious issue to talk about since people were forcibly displaced, and barely surviving. When talking about serious humanitarian issue, people prefer to treat it earnestly, instead of sexualizing it or making it sounds fun. The magazine cover triggered people because life jackets, which were used by the refugees to survive in the seas, was used as a tool to showcase the sexiness of the model. Which most people consider it disrespectful.

Another problem is the objectification of women. The cover model was showing her beauty with her exposed midriff, exquisite makeup and a suggestive pose. With the rise of feminism, gender portrayal and equality has become a global issue. They think the magazine cover is objectifying women to raise awareness. In the cover photo, the woman’s only function is to look like a passive sexualized object and exists only to please all those who gaze at her. Moreover, the plight women refugees were facing was even more severe, since they have to face sexual assault while fighting for their survival. This explains why the organization triggered people that much when they put a sexy actress on their magazine’s cover.

When dealing with sensitive issue such as refugee crisis or other humanitarian crises, organizations have to be really careful not to trigger people. We can see that usually people are uncomfortable with sexualized content or humor in promotions when talking about these serious issues. On a similar note, the Dutch branch of Doctors Without Borders was also criticized in 2018 for posting celebrities wearing exaggerated makeups to mimic Ebola Symptoms. It led to another PR crisis due to their disrespect towards Ebola patients. We can say that it is better to be more careful when dealing with these issues, as we can’t anticipate how serious people may take them.

Ratcliffe, R. (2018, December 20). Charity censured for use of semi-clad woman in refugee crisis campaign. The Guardian. Retrieved from https://www.theguardian.com/global-development/2018/dec/20/dutch-charity-censured-for-use-of-semi-clad-woman-in-refugee-crisis-campaign-amnesty-international-medecins-sans-frontieres