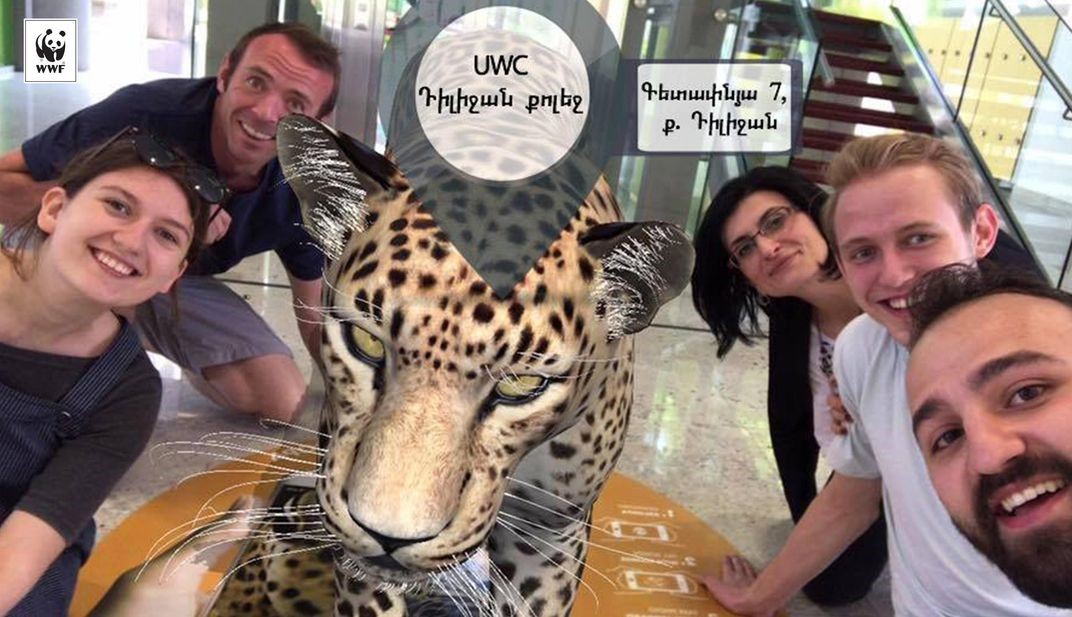 World Wildlife Fund (WWF) is a worldwide leading organization working in the field of wildlife conservation and endangered species (WWF, 2020). It has always been a pioneer in implementing novel campaigns to draw public attention to different environmental issues. In 2017, WWF-Armenia launched a successful environmental campaign: Take A Photo with Leopard by leveraging an advanced technology—Augmented Reality (AR) and have attained satisfactory results.

“Take A Photo with Leopard” aimed to raise the awareness on an endangered species—Caucasian leopards, which are facing a threat of extinction due to natural habitat loss. Inspired by the new technological advances, WWF-Armenia collaborated with APLOOPA, an immersive app and game developer to devise an app that superimposed a 3D image of a leopard in mobile phone cameras. (Laura, 2017)

During the campaign, banners and special ground markers were placed at 11 locations in Armenia. After downloading the app onto the smartphones, users could scan the marker and a virtual 3D leopard would appear on their mobile screens. This app allowed the user to watch the virtual 3D leopard walking around the markers before coming to a stop, where the users could take a picture with the animal. As part of the campaign, an online photo competition was announced as well. The organizers provided a mountain bike as a prize to people with the most informative and creative posts, in order to encourage users to share their photos via social media (Anastasia, 2020). As a result, WWF-Armenia had managed to reach about 100,000 people and received lots of feedback. Benefits of Using Augmented Reality in # Take A Photo with Leopard

In this case, the success of this campaign is mainly attributed to the engaging and interactive solution provided by AR. Previously, WWF-Armenia only adopted a one-way promotion style, such as releasing information about its work in leopard’s habitat conservation to arouse public awareness (WWF, 2020)

However, people like having fun and groundbreaking functions. By utilizing one of the latest technological advances, it can help build awareness among the public effectively (Chantel, 2016). On the other hand, this campaign provided a better empathetic and personalized experience to users. During the campaign, people were allowed to engage in several activities such as taking photos with a leopard and sharing their views towards the issues on social media, thereby likely to arouse their interest in leopard conservation. The effectiveness and power of messages were further heightened since the announcement of the online photo competition. The competition helped spark discussion among the participants’ social circle, which included people who were not interested in leopards. Hence, this campaign went viral when more people participated in the competition.

Anastasia, M. (2020). AR Apps Can Increase the Effectiveness of Fundraising for Charities and Nonprofits. Retrieved from: https://jasoren.com/ar-apps-for-charities-and-nonprofits/

Chantal, I. (2016). What is Augmented Reality and how will it affect Digital Marketing? Retrieved from:

Laura, K. (2017). How Augmented Reality Is Helping Raise Awareness About One of Armenia’s Most Endangered Species. Retrieved from: https://www.smithsonianmag.com/travel/how-augmented-reality-helping-raise-awareness-about-one-armenias-most-endangered-species-1-180967670/

Kayla, M. (2019). 6 Challenges of Making AR Marketing a Reality for Many Companies. Retrieved from:

WWF. (2020). About Us. Retrieved from: https://www.worldwildlife.org/about