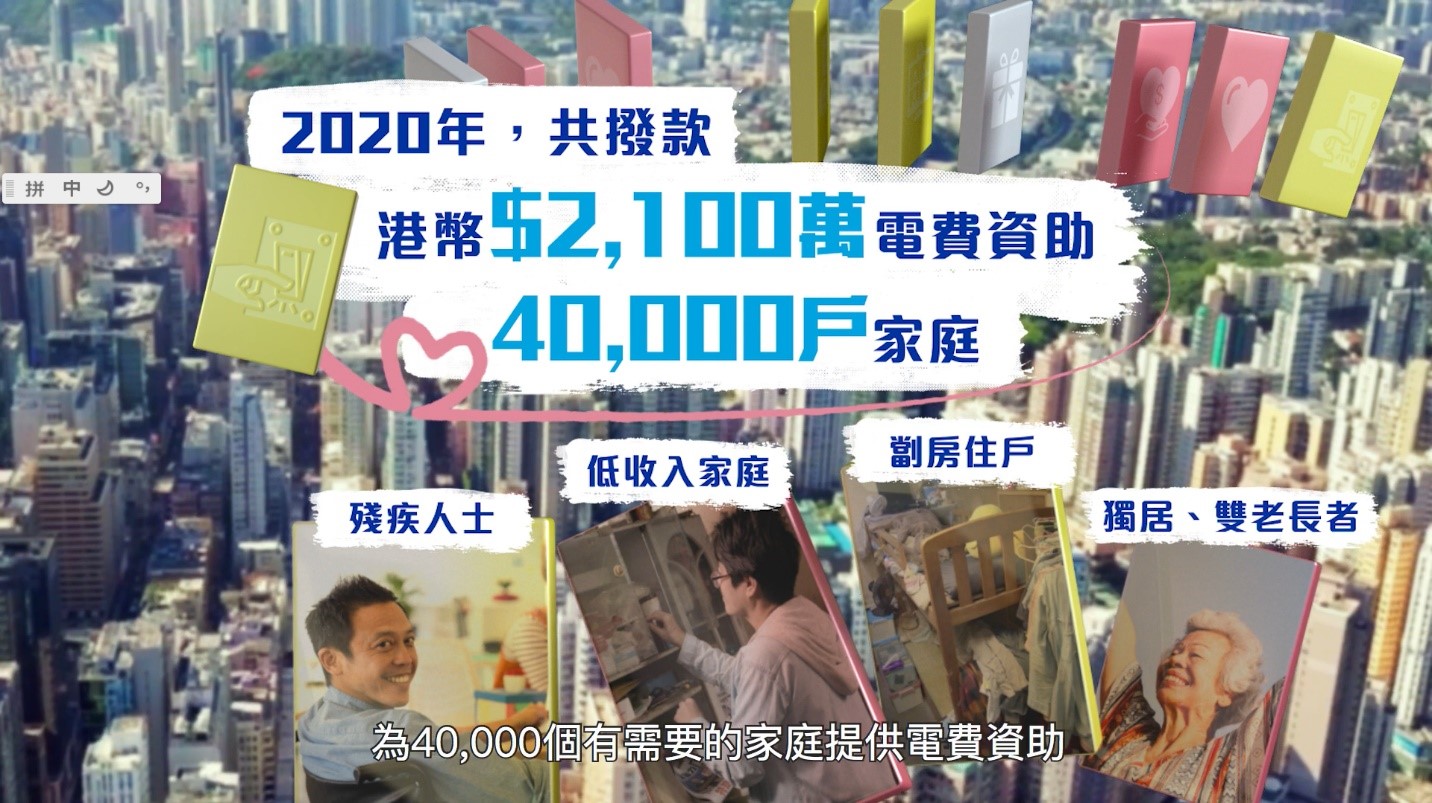 Donations have been a general approach adopted by a lot of developed economies in tackling income disparity. We donate money, second-hand clothes, or even food in the hope of reducing the daily expenditure of the poor. However, have you ever imagined that the electricity you have saved could lighten the burden of the poor? This is exactly what CLP Power wanted to achieve in its largest CSR campaign, Power Connect Program.

Power Connect is an energy-saving scheme launched by CLP, one of Hong Kong’s two electricity providers, under the partnership with local NGOs and social enterprises recognized by the Hong Kong government. “Save Energy + Help Others + Earn Rewards”[1] – the three seemingly unrelatable actions explains the two major sustainable initiatives of the campaign: energy conservation and poverty alleviation.

By participating in the campaign, residential customers would be rewarded Eco Points in their account, which can be exchanged into frequent flyer miles, theme park tickets, wet-market coupons, smart appliances and more, as long as their electricity consumption is lower than the same period in the previous year. The reward scheme intended to reduce environmental harm to the planet caused by the generation of electricity, by providing effective initiatives to the households.

Apart from material rewards, participants of the programme can also show their care to the community by choosing the disadvantaged group they want to support, and CLP would subsidize the disadvantaged group by reducing their electricity bills. In 2020, CLP allocated $21 million to the Power Connect Program to provide electricity subsidies to 40,000 underprivileged households, which included elderly singletons, low-income earners, the disabled and residence of subdivided units[2]. To ensure the subsidies are effectively allocated, CLP partners with more than 40 local NGOs, such as YWCA, Caritas Hong Kong and the Hong Kong Single Parent Association, to connect with beneficiaries in need. To enrich its programme, CLP also collaborates with social enterprises in promoting their services and goods to the households. The campaign also provides insights for NGOs and social enterprises on how the cooperation of well-known corporations is useful in low-budget marketing.

As an electricity provider, CLP’s effort in promoting social and environmental sustainability has been widely recognized. The Power Connect Program, which focused on two of the most concerned issues around the globe: energy conservation and poverty alleviation, has further reinforced its brand image as an environmentally responsible enterprise.

The campaign is successful in providing both effective material rewards and moral initiatives in encouraging participation. The combination maximized the incentives of participants in reducing their electricity use with multiplied benefits, which originally may cause them inconvenience and change in habits. The campaign fits into the mindset of various groups of customers with guaranteed rewards and altruistic actions. In addition to easy registration, the campaign has been widely supported by Hong Kong households. The holistic considerations and provisions of effective incentives are crucial in helping users to develop a more environmentally friendly way of living, especially when compared to other campaigns which simply emphasizes community and environmental benefits.