Saving lives through Coca-Cola – the story of ColaLife 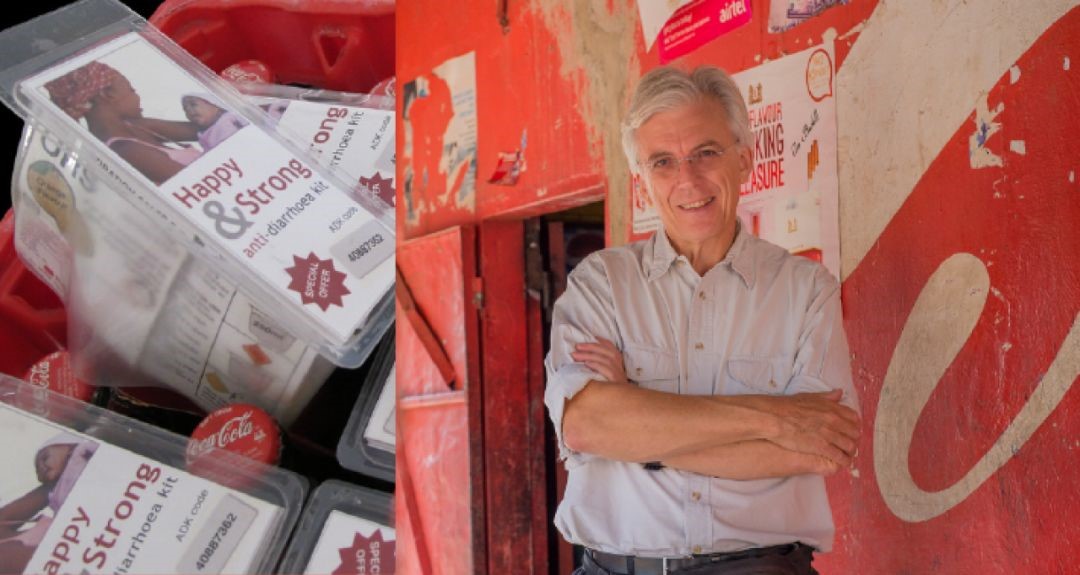 Imagine you have an awesome idea that you had pondered for 20 years and it won several social enterprise awards. What would you do when you implemented it and found that it could not achieve your goal?

In 1985, when Simon Berry was working in Zambia’s rural areas, he discovered two unexpected facts:

Then Berry had a thought: Why not use the unused space in the Coca-Cola crates to transport medical resources?

Nearly two decades later, the Business Call To Action program held in 2008 reignited his ideas. After the event, he shared his thought on his social media accounts. In a short period of time, he received the attention of various media including the BBC. The Coca-Cola Company has also expressed their interest to jump onboard. The innovative idea also won many social enterprises and product design awards later. So, Berry and his partner Jane used the winning bonus and the donations they collected to start the trial operation in Zambia. In 2010, Colalife was officially founded. They designed a wedge-shaped plastic box called “Kit Yamoyo” (kit of life), which contains basic medical supplies such as a small piece of soap, oral rehydration salts, zinc flakes, water purification tablets, and an instructions sheet. Its shape fits perfectly into the space between the bottles in the Coca-Cola crates.

However, during the trial operation in 2011, Berry found that while Kit Yamoyo successfully sold 25,000 copies within a year, only 4% of them were delivered to consumers through freeriding Coca-Cola’s distribution network.

Berry eventually came to the realization that Kit Yamoyo was popular because it responded to the needs of local people, not its innovative delivery methods.

“I was very sad when I knew that there’s a gap between reality and imagination, but I was only sad for 30 seconds. All I want to do is to save children lives. If there are other better ways, I should move on to a new direction. ” At last, Berry decided to give up the award-winning idea and started studying and copying Coca-Cola’s business models, especially in product promotion, merchant training and pricing. In 2012 ColaLife brought the final version of Kit Yamoyo: Mark 11, i.e. the eleventh version. This final version is relatively inexpensive and can be produced locally in Zambia, increasing the desirability and effectiveness of the product. Meanwhile, ColaLife kept the original packaging deisgn because is still useful in some situations. ColaLife finally had a significant influence in Zambia after several years of hard work. Kit Yamoyoi is now available in Zambia’s supermarkets and hundreds of small stores. ColaLife has also trained thousands of retailers to help to promote and deliver health education. 45% of children’s situation improved after the first year they entered Zambia. This is a huge achievement that even large organizations such as the World Health Organization and the United Nations Children’s Fund could not reach.

With only two full-time employees, ColaLife is more efficient than large international organizations because it can ignore the rules and regulations of large organizations and maintain the flexibility for making  ad hoc changes. Not only did ColaLife modify Kit Yamoyo’s external packaging design, they also reformed the packaging of its drugs inside. Everything ColaLife did in Zambia is local-centric, and they used local resources to solve local problems. When ColaLife was facing an existential crisis, Berry did not hesitate to revamp the idea that got him famous and find a new way to help more people.

Not relying on Coca-Cola delivery, Colalife can now go further, even to somewhere unreachable by Coca-Cola. Colalife is finding other places that are also suffering from diarrhea and aiming to bring Kit Yamoyo to other countries. Although they are now self-sustaining in Zambia with local partners, they need more resources to expand their market. Now their operation is mainly relying on donations and non-profitable income.