Sweetie: Advocating a Change by Creativity 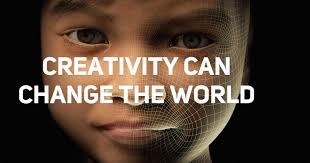 In recent years, Webcam Sex Tourism (WCST) has become a full-blown pandemic. Every hour, at least 750,000 child predators are online, yet only six of them had been sentenced1. In view of this, Terre des Hommes, a non-profit organization with the mission of helping children worldwide, collaborated with Lemz in 2013, to raise public awareness on this growing issue, as well as to pressurize the Philippines Government to change their current policy.

In order to bait webcam sex abusers, they designed a 3D animated chatbot named Sweetie, which portrayed a 10-year-old Filipino girl, to chat with abusers and catch them in the act. Sweetie was put on various international chat sites for 10 weeks and interacted with more than 20,000 predators. “She” tried to ask for their names and Facebook accounts and recorded webcam footages. Eventually, 1,000 abusers from 71 countries were well-identified and handed over to the Interpol2. Following the success, an International Press Conference was held in The Hague to publish the mind-boggling results, which in turn drew global attention to this alarming situation. According to Terre des Hommes (2013), the Sweetie campaign video has gone viral with over 4 million views on YouTube, and around 500,000 people have signed the petition that urge the government to protect children from sexual exploitation through policy change. Also, more than 700 pedophiles were arrested as a result of their campaign. Later, the UN Human Rights Commission even listed WCST on its agenda3. All these show that this advocacy campaign has significant social impact.

In fact, there are several key elements that has led to the success. First, Terre des Hommes tackled the issue with a creative idea. In the past, it was difficult to rescue victims who were forced to perform webcam sex because children usually remained silent and abusers went underground to hide their identity. Knowing that tracing IP addresses were extremely complicated, Terre des Hommes and Lemz tried to think-out-of-the-box by using Sweetie to lure the abusers. Once the predators have  lost their wariness, they would give up their personal information easily. In addition, partnership with big firms is also of paramount importance. By partnering with IT firms and production houses like Google, JDBgraphics and Brekel 3D, they can borrow advanced technology from them to make the Sweetie campaign more sophisticated and impactful. Moreover, the support from governments also contributed to the success. Immediately after the campaign, police in the US, UK, Australia, Ireland etc. took joint action to arrest abusers. Their prompt action was indeed a warning to abusers who are involved in WCST. In the long-run, the Philippines government made effort on public education and policy change. It took the initiative to launch the School Caravans Program, which helps promote anti-online sexual exploitation message. Besides, the Philippines National Police announced that WCST has become the “No.1 crime” of the country, With laws and ordinances passed to crackdown underground crimes. Similarly, the Argentine Parliament raised the penalties for abusers of WCST5. These show that governments are more aware of the severity of the issue. Last but not least, the campaign is highly sustainable, in a way that the Sweetie 2.0 Project was launched in 2017 to introduce Philippine law enforcement bodies to the most updated software for cracking down WCST crimes6. In the future, it is expected that they can continue to take a proactive role in safeguarding children.

The Sweetie campaign shows how creativity and technology can have a remarkable impact on a global issue. With concerted effort, it is hoped that WCST will cease to exist soon.