Turning adversity into opportunity: The success of Apple’s microfilm “The Underdogs” 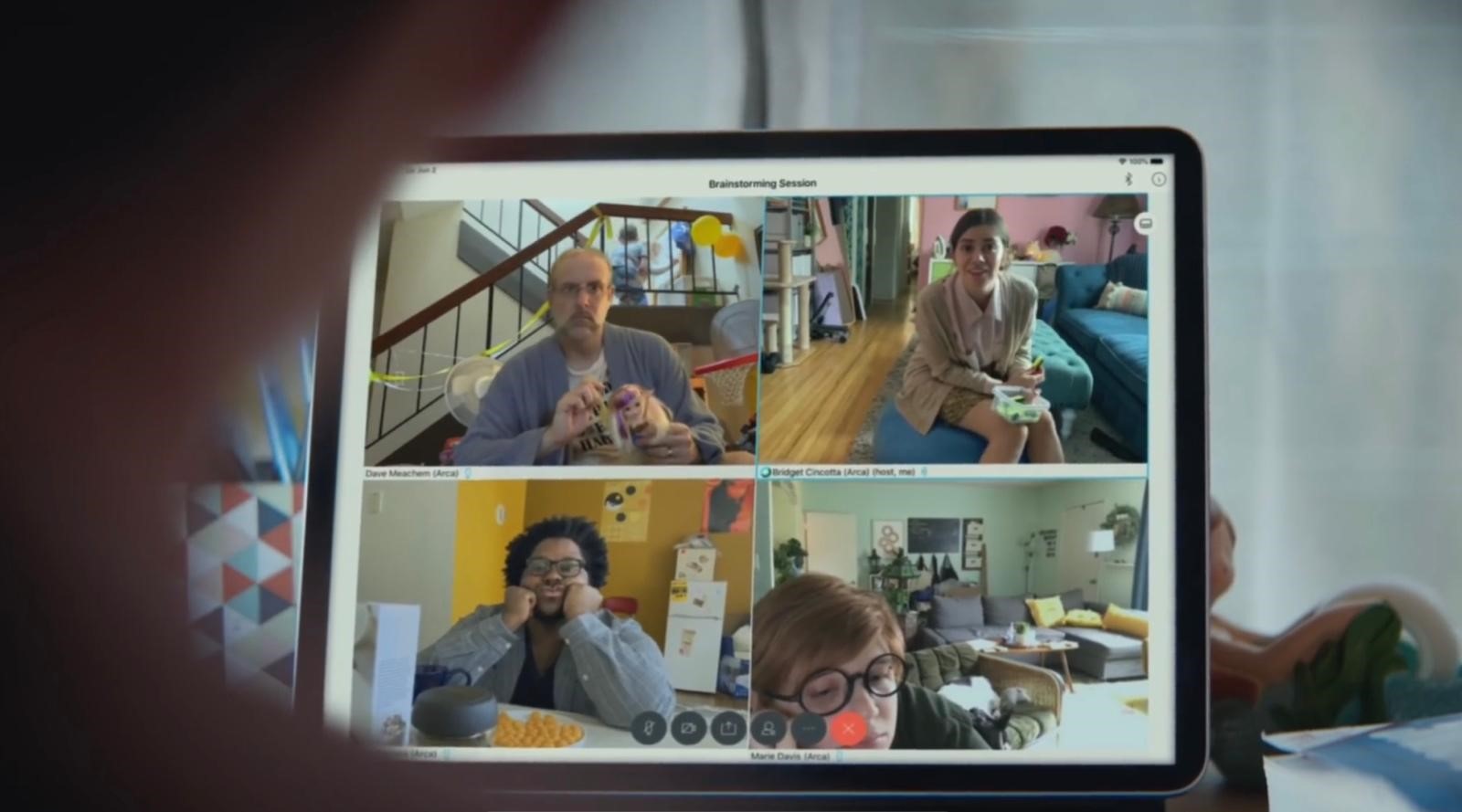 Apple’s newly released 7-minute microfilm “The whole working-from-home thing” provides a comedic rendition of the realities faced by employees during this period of the coronavirus, where many employees are required to work from home. Featuring a team of “Underdogs”, the microfilm navigates through their lives in a myriad of deadlines, meetings, group chats, and conference calls, at the same time simultaneously balancing their duties at home as parents, spouses and pet owners. Under the pretext of adjusting to the “new normal”, the only constant the team is able to rely on is the assistance of Apple’s technologies to produce a creative product to impress their boss.

Apple has a notable history of building its marketing strategy on simplicity, by using simple visuals and letting their products speak for themselves- What propelled Apple to use this conspicuous type of promotion now?

The consequences of the COVID pandemic brought forward a series of social distancing measures that established a “new normal”, in which people were encouraged to work at home as much as possible. As a result, the current audience of Apple’s key focus would not revolve around whether they should purchase new technology, but rather how they can make the best out of their usage with existing Apple products. As described by Apple; ‘Working from home isn’t new, but what you can make happen together is’. The microfilm’s focused on choosing to showcase the functionalities of its key technology appeals to the existing Apple user base as an incentive to further invest in its accessories as a helpful addition to its key products.

Furthermore, the appeal from this video largely comes from the way how the troubles and actions of the characters throughout the microfilm resonate with their key consumers; white collared workers that were affected by the current work-from-home situation. Throughout this advertisement, viewers witness the benefits the characters receive along with their involvement with Apple’s products not only in their work, but also in their private lives. Adopting an involvement framework, the microfilm is able to generate an emotional appeal that evokes a sense of relatability amongst the audience that sublimely encourages them with the message that the challenges they currently face from the work from home situation can be less challenging upon the use Apple’s technology.

The video was posted this July on Apple’s official YouTube channel as a sequel to its award-winning microfilm; “Apple at Work- the Underdogs”, where it has reached a view count of over 27 million and earned over 166 thousand likes. The overwhelmingly positive feedback can be credited under Apple’s choice to feature its products in the form of a microfilm, where the light-hearted storyline became the key component to evoke a strong affective response from their key consumers.

By showcasing the usefulness of Apple’s technology under a realistic and relatable scope of a work-from-home employee’s daily life, the microfilm is able to successfully resonate with its key target audience, immersing viewers into the world of an “Apple User”.

“Why is Apple’s Marketing Just So Darn Good?”, extracted from https://www.crazyegg.com/blog/why-is-apples-marketing-good/

“Why Do We Share? The Impact of Viral Videos Dramatized to Sell.”, extracted from http://www.journalofadvertisingresearch.com/content/54/3/292