Why is “Stand by Her” so touchable and successful? 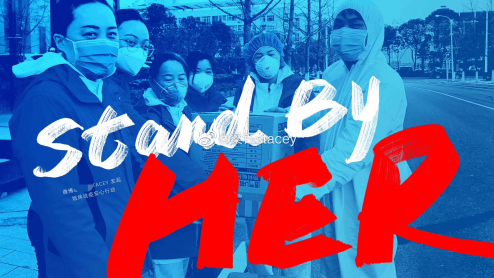 The beginning of 2020 was not easy for everyone with the outbreak of pandemic, especially in Hubei Province, mainland China. There was no doubt that the front-line medical workers were the most burdened ones at that time,  as they had to work long shifts while facing the high-risk of getting infected.

While the donation of medical supplies such as protective clothing was encouraged by the whole society, there was another problem for female medical workers. The supply of feminine hygiene products fell short of its demand. To handle their biological needs, female medical workers were not able to use pads and often used napkin as substitute, which might lead to infection in their urinary system.

LIANG Yu, A girl from Shanghai noticed the problem and decided to offer a hand. She launched the campaign called “Stand by Her” (姐妹戰疫安心計劃), which aimed to provide these female medical workers not only with female hygiene products, but also mental support through this hard time. The volunteer team was divided into nine groups of different work and they collaborated so well.

Divided into nine groups, the volunteer teams visited hospitals in Hubei Province and donated various hygiene products. The donation included lady pants and disposable underwear. Not only did the public helped raise money to buy the supplies, some feminine hygiene brands also donated their products to the hospitals. There were also local volunteers helping to deliver the supplies because of the transportation restriction in Hubei.

As a result, the donation has helped more than 80 thousand female medical workers and this campaign was reported by more than 50 news media.

As a campaign, “Stand by Her” was successful and touchable. There are a few things we can learn from this case.

As for the limitations, they were not able to provide other medical supplies and the communication with the government was not that sufficient. Although there were also some limitations of the campaign, it was still memorable and impressive.